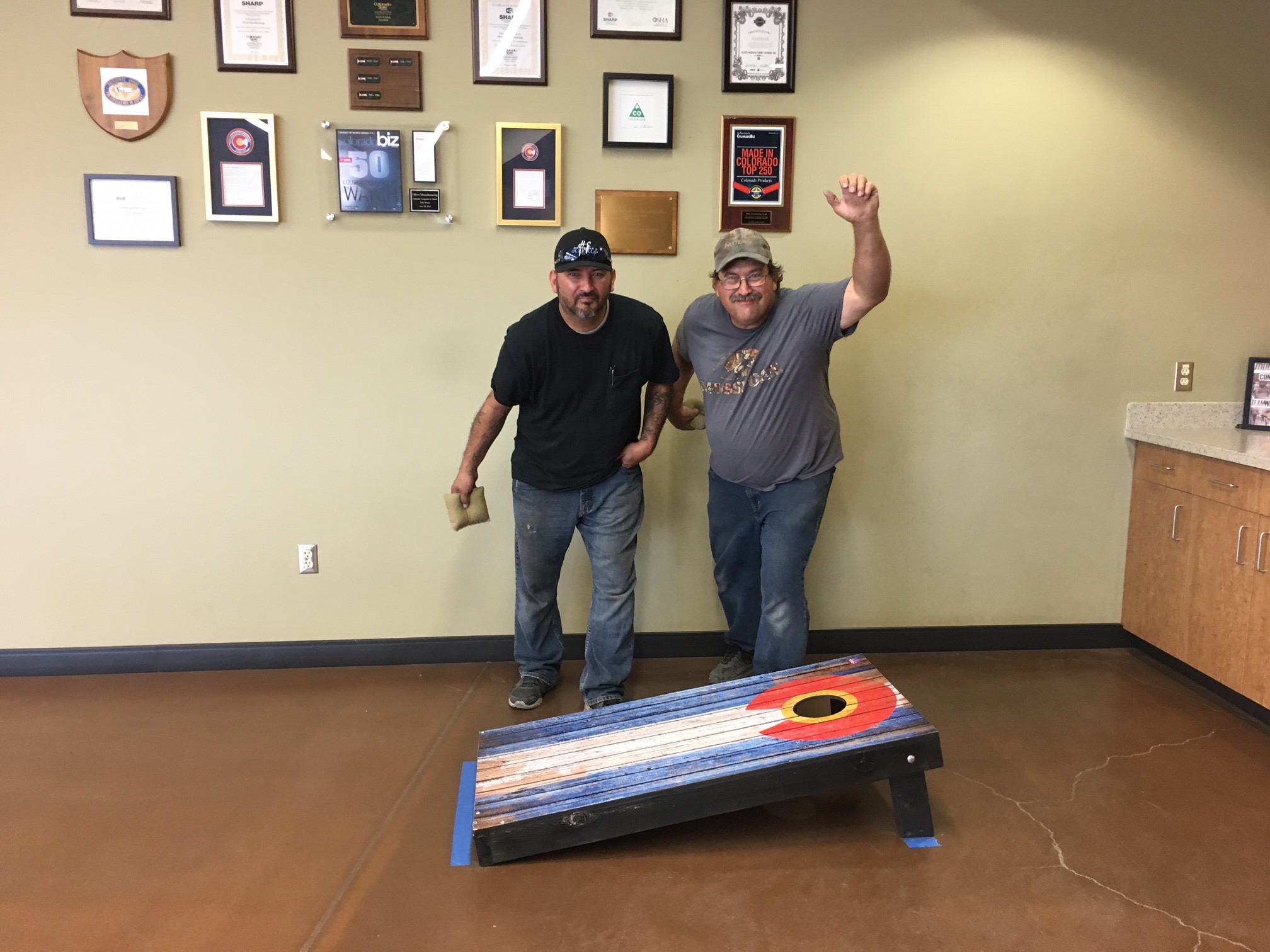 Tuesday, July 25, contestants met to begin the company-wide cornhole tournament. Vice President Dr. Joe Pentlicki offered up the grand prize of $100 after he and President Brian Burney played to decide who would cough up the cash.

Playing cornhole may not be how one thinks a manufacturing company should spend its time and energy. But it turns out that it’s a lot of fun! And that was the point.

“A cornhole tournament could be interesting,” said Joe prior to the games. “It might help collaboration and connectedness.”

The games were a blast, but there were deeper intentions behind the tournament. Really, the goal was to bring everyone just inches out of their comfort zone. Players were assigned teammates randomly, so good communication and encouragement was key to getting closer to the grand prize.

Some felt that the cornhole games would distract from work and generally wouldn’t be received well by staff – one could say that some even thought Brian and Joe had lost their minds. But as contestants paired up and the tournament went under way, those sentiments quickly changed.

Throughout the many single-elimination matches, teammates hooted and hollered in encouragement of one another, only stopping to heckle their opponents. It was all in good fun, of course, but the intensity amplified as the brackets thinned.

On Thursday morning the four final teams battled it out in the semifinal rounds. Jimmy Shulz and Johnny Gonzales overtook Conrad Aragon and Travis Carpenter 21 – 8, while Brock Berry and Kris Sutovich defeated Doug McJunkins and Duane Reece 21 – 12. With all of the pieces in place, they met in Oliver’s Casa de Flapo at noon to decide who would reign supreme as the beanbag kings – and who would claim the $100 prize.

Tournament participants, all Oliver staff, met in the cafeteria for pizza before the grand finals. And then, the cornhole toss to end all tosses began. Thursday, July 27 marked the day that Jimmy and Johnny rose above the rest. After three days of grueling cornhole combat, the duo tossed their way to the top of the tournament brackets. In the grand finale, they found themselves pitted against Brock and Kris in the ultimate battle of hand-eye coordination – and they came out on top.

Congratulations to Jimmy and Johnny!

And to our readers: Which teambuilding exercises have worked best for you?