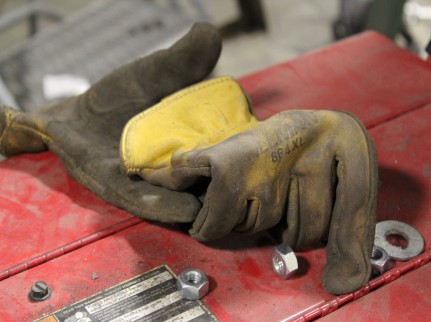 We recently had an opportunity to visit with a customer in Ohio to improve their gravity separation performance. We learned in our visit that on their Oliver gravity table they were not achieving this machine’s full capability. With the help of Oliver’s Service Manager, Dave Means, we took this opportunity to optimize the overall machine performance and assist operators in achieving optimal performance.

Upon our arrival, we took some baseline data on how the machine was performing. The customer was introducing soybeans to the machine at 460 bushels per hour. They were taking about a 235 bushels-per-hour cut on the heavy fractions and were not using the fast-flow blender. Their middle fraction was about 179 bushels-per-hour and sent back as a rerun to the air screen cleaner. This left about 46 bushels-per-hour in the light fraction for discard.

Those of you familiar with gravity separation know that there are factors that will affect your overall performance in grading seed by density coming off the end of the table. These four factors include controlling the air in each of the separation zones, the speed of your eccentric deck shake, and the angle of the side tilt of the deck. Based on optimization of these settings, you can then look at how you arrange your cutting fingers on the discharge side of the deck to capture the product being processed according to density separation.

Dave worked with this customer and their operators to optimize the gravity table. After being onsite for a portion of the day, the customer was able to achieve the following results: 354 bushels-per-hour between the heavy and blender fractions; 33 bushel-per-hour middle fraction for rerun; and 12 bushel-per-hour in the light fraction for discard. The below table represents the before and after from Dave’s interaction with this customer.

If you need assistance with optimizing and maximizing your gravity separation results, please don’t hesitate to engage our team in helping your team.